Brexit presents an opportunity for investment pooling
Back
While the Common Contractual Fund (CCF), introduced in 2003, had a slow but steady start to its existence, an uptick in interest from pension schemes and multinational companies has seen net assets in the investment pooling vehicle exceed $50 billion write PwC's Frazer Hanrahan and Niall Flanagan. The prospect of the UK's own pooling vehicle (the ACS) becoming less efficient in light of Brexit could result in a building of the momentum behind the CCF they say.
The Irish Common Contractual Fund (CCF) is enjoying significant success, with net assets held by CCFs tripling in the past three years, and now exceeding $50bn. While the CCF has been available since 2003, the recent surge in popularity is clear in that 67 of the 109 sub-funds currently authorised with the Central Bank, were authorised since 2013. 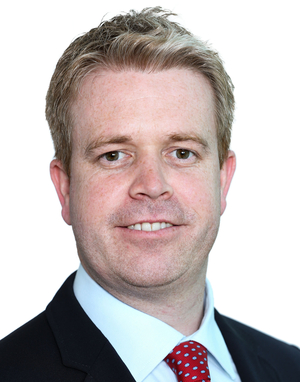 Niall Flanagan
Tax efficiency
The CCF centres around tax efficiency, allowing institutional investors avail of reduced withholding tax rates on securities, as if investing directly, while simultaneously achieving the benefits of a pooled investment vehicle (e.g. efficiencies across investment management, administration and custody services). In order to achieve this, the CCF is 'tax transparent', meaning that income and gains arising on investments held by a CCF are considered as arising directly to the investor.

The resultant tax benefits can be significant, particularly for investors that may be entitled to an exemption from withholding tax in certain jurisdictions (such as pensions), which would generally be lost if they invest through opaque funds. This can mean a saving of up to 30% on US dividends, for example. While the savings vary depending on circumstances (e.g. investor types and investment strategies), estimated annual tax savings compared to an opaque global equity fund exceed 40 basis points for many investors. Given the current focus on costs borne by products, and the unbundling of these costs under various regulations going forward, it is imperative those making investment decisions on behalf of institutional clients consider the tax efficiency of any proposed investment fund, to ensure that return is maximised.

Who invests In CCFs?
Historically CCF investors were primarily UK and Irish pension schemes, or multinational companies streamlining their investment operations. However as popularity of the CCF grows, there is now considerable interest from Scandinavia, South Africa, Australia, Canada, New Zealand, Switzerland, the Netherlands, Germany and others. In addition a wider range of institutional investors, including charities and life companies, are investing in CCFs. 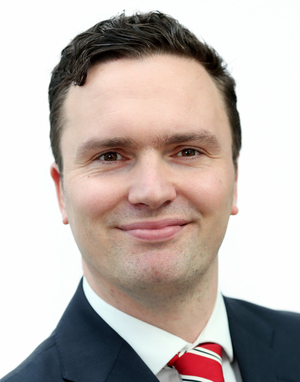 Frazer Hanrahan
Post Brexit
In 2013 the UK introduced their version of the CCF called the Authorised Contractual Scheme (“ACS”). After a slow start, it gained traction as investors and managers became aware of the significant savings transparent funds offer. However the Brexit decision may impact the efficiencies the ACS offers, and thereby further increase the appeal of the CCF as the transparent fund of choice for institutional investors across a wide range of jurisdictions. The CCF offers excellent flexibility, being increasingly used in more innovative structuring (e.g. master-feeders with opaque funds), and holding more diverse asset classes outside of just equities. The CCF therefore remains an attractive choice for Irish, UK and global investors post-Brexit.

Continued growth
As awareness grows of the CCF’s benefits, and investors’ sensitivity to costs continue, increasing numbers of fund managers are looking to convert existing funds into CCFs to benefit from these efficiencies, or to establish CCFs in parallel to their existing fund range targeting specific investor types. Given the increasing focus on costs and pressure on investment return, the significant growth of CCFs over the past 3 years is likely to continue for the foreseeable future.
Frazer Hanrahan is tax senior manager and Niall Flanagan is tax director at PwC Financial Services.
This article appeared in the April 2017 edition.