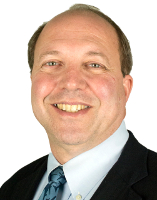 Since June 2017, Robert Morin has been the Managing Director, Transaction and Business Development Leader of the Aircraft Finance Insurance Consortium (AFIC), a groundbreaking collaboration between Marsh and a panel of highly-rated global insurance companies to offer a new way to protect the financing of purchases of Boeing commercial aircraft. Prior to the launch of AFIC, Mr. Morin was the Senior Vice President of Business and Product Development at the Export-Import Bank of the United States (EXIM Bank), and, prior to that, the Vice President of EXIM Bank's Transportation Division for more than 15 years. During his time leading the Transportation Division, Mr. Morin oversaw the successful expansion of EXIM Bank's aircraft financing program, as it grew from a portfolio of approximately 300 aircraft to more than 1,100 commercial aircraft leased to airlines and aircraft leasing companies around the world and securing more than $50 billion in EXIM Bank loan guarantees. In addition, Mr. Morin was responsible for pioneering innovative new products and initiatives including EXIM Bankâ€™s hugely successful capital markets product. Mr. Morin was also a member of the U.S. delegation to the OECD that negotiated the Aircraft Sector Understanding, which established the guidelines for all export credits supported aircraft financings. In addition, Mr. Morin was a member of the U.S. delegation responsible for developing and negotiating the Cape Town Treaty on International Interests in Aircraft Equipment.. Prior to joining EXIM Bank, Mr. Morin was associated with the law firm of Milbank, Tweed, Hadley & McCloy in New York, where he represented banks and other financial institutions in international financings, including cross-border aircraft financings. Mr. Morin has degrees from the Columbia University School of Law and the Wharton School of Business and is a certified public accountant.