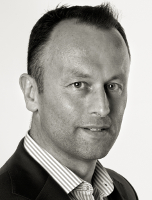 Kieran O'Keefe is a Managing Director and Head of the Aviation Financial Consultancy division of DVB Bank based in London. His current responsibilities include advising airlines and lessors on raising finance and developing new investor markets for aircraft financing. From 2011 to 2013 he was based in DVB's Singapore office covering Asia. Kieran has worked in the aviation and investment banking sectors for the past 29 years, involved primarily in the areas of structured finance, advisory and aircraft operating leasing. During that time he has completed financings for aircraft worth over 7.0 billion.