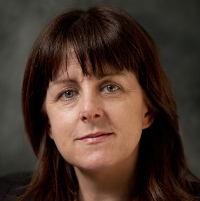 Melíosa O'Caoimh was appointed Country Head, Ireland of Northern Trust in April 2019. Based in Dublin, Melíosa O'Caoimh joined Northern Trust in 2003. During her career, she has held senior roles including head of relationship management and chief operations officer. She has also held a wide range of board appointments, including serving on the board of the American Chamber of Commerce in Ireland from 2008 to 2014, and led a number of key industry initiatives.