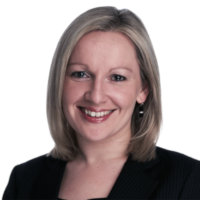 Lucinda Creighton is CEO of Vulcan Consulting Ltd and is a former Irish Minister for European Affairs and Member of the Irish Parliament. As Minister for European Affairs she represented Ireland in key negotiations on Ireland's EU/IMF bailout, leading to a reduction in interest rates and the extension of Ireland's repayment schedules. She has extensive knowledge of the EU bureaucratic infrastructure and regulatory systems. As CEO of Vulcan Consulting, she works closely with CEOs and senior management teams to assist them in understanding and navigating the political, policy and decision-making environment in Europe, Ireland and across the E.U. She has an extensive network across Europe having also previously served as Vice President of the European People's Party (EPP).