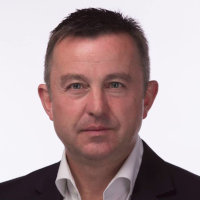 Born in 1969, Brian studied history and sociology at the National University of Ireland, St Patricks College Maynooth. He also studied at Trinity College Dublin and was delegation secretary to Fine Gael during the Peace & Reconciliation forum. Brian served as a member of Dail Eireann (Irish Parliament) from 1997-2002 and 2007-2014. He was Leader of the Opposition in Seanad Eireann (Senate) from 2002-2007. In 2011 Brian was appointed as Minister of State at the Departments of Finance and Public Expenditure & Reform, a position he held until his election to the European Parliament. During his time as Minister of State, Brian attended Eurogroup, ECOFIN and Budgetary Council meetings on behalf of the Irish Government. As Minister of State in Ireland he was responsible for procurement reform, public sector reform, the Office of Public Works and developing flood alleviation projects in Ireland. Following his election to the European Parliament in May 2014 Brian was appointed to the European Parliaments Economic & Monetary Affairs (ECON) Committee, Development Committee and Budgetary Control Committee. He is also a member of the Delegations to Iraq and South Africa. Brian was the European Parliament rapporteur for the IORPS II Directive and shadow rapporteur for the Money Market Funds regulation. In December 2016, he was elected EPP Vice Coordinator on the ECON Committee.