Scale and complexity spark moves to mitigate System threats
Back
With an influx of new authorisation applications, the scale and complexity of the Irish financial system has changed considerably as a result of the UK leaving the EU, the Central Bank’s Deputy Governor has said.
There have been well over 100 applications for authorisation of financial firms - for either new licenses or extensions to existing ones, according to the Central Bank’s deputy governor, Sharon Donnery. Recent Central Bank work - centred on ensuring there is no loss of market access for the payment and settlement of equities and exchange traded funds (ETFs) - has involved wide contingency planning and action “to mitigate the most important and immediate threats to the financial system”, the deputy governor said.

The new applications vary from large banks to small investment firms or payment institutions, Sharon Donnery last month told the MacGill Summer School in Glenties, Co Donegal. The scale and complexity of the Irish financial system has changed considerably as a result of the UK leaving the EU. Authorisation and extension work has required the Central Bank to substantially increase its workforce and to reallocate resources to ensure that decisions are taken in an effective, efficient, predictable and timely fashion. 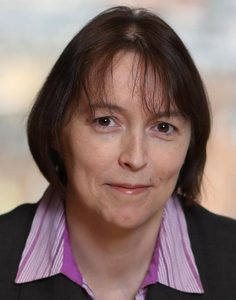 Sharon Donnery: "Today the main outstanding source of risk to financial stability stems from a worse than expected macroeconomic shock."

Authorisation standards are relevant for the entire EU27 single market in financial services and . Cooperation with the Single Supervisory Mechanism (SSM), and the European Supervisory Authorities (ESAs) has therefore been crucial to ensure a level playing field and avoid regulatory arbitrage or a race to the bottom.

Referring to the Central Bank’s macro prudential tools, Ms Donnery said “the variety of these macro prudential tools provide flexibility that may be required in response to many shocks, domestic or global’. To guard against cyclical risks, the Central Bank has implemented a counter cyclical buffer and set this at 1 per cent. The buffer aims to promote the sustainable provision of credit to the economy. It means banks have more capital when times are good, so they can use that to absorb losses in tougher times. The Central Bank stands ready to adjust the countercyclical capital buffer (CCyB) in either direction as the risk environment evolves, in order to support a sustainable supply of credit to the economy, the Deputy Governor said.

A legislative provision will complete the macro-prudential toolkit for bank capital, giving the Central Bank the power to introduce a systemic risk buffer (SyRB), which would help to counter structural shocks to the economy. This buffer aims to build the resilience of banks to big shocks, by requiring banks to have appropriate capital to absorb losses in case these risks were to crystallise.

Markets are reassessing the global outlook for growth. An abrupt repricing of risk premia could lead to a rapid tightening of global financing conditions, Ms Donnery said. One of the effects of this is could be more expensive borrowing for the State, for businesses and, ultimately, for households. Discussing the wider international risks to the economy, she said Ireland is heavily exposed to the global environment, and the current outlook is somewhat unfavourable. Changes in world demand have a considerable impact on Irish exports, unemployment and wages. It is imperative we are ready to cool a potentially overheating economy, she said. Interest payments on the national debt are lower than expected and corporate tax receipts are high, but neither situation should be regarded as permanent. Funds should not be used to boost an economy “which is close to capacity”, she said.

The Central Bank has focussed on ensuring that existing Irish financial services firms understand and are planning for the impact that Brexit will have on their businesses. Ms Donnery warned of the ‘rising likelihood’ of a no deal or a disorderly Brexit outcome.

A no-deal Brexit would likely bring considerable volatility to financial markets, with heightened stress and a potentially large depreciation of Sterling, Ms Donnery said. “The uncertainty around the final outcome is already weighing on business and consumer sentiment,” she said. Recently, the Central Bank set up a Steering Committee to oversee the final stages of the Central Bank's preparations for cliff-edge risk mitigation. Preparations have involved a significant amount of engagement with financial firms and this has focused on ensuring that all necessary steps have been taken to mitigate the risks to their customers and businesses from the UK's exit, with a particular focus on a disorderly scenario.

The Central Bank has been working on Brexit since before the referendum. Ireland has a relatively high elasticity to global developments: changes in world demand have a considerable impact.

Following the financial crisis we have been building resilience in the financial system for the last decade. “Through our preparations over the last three years we have more specifically strengthened resilience to Brexit,” said Ms Donnery. “Today the main outstanding source of risk to financial stability stems from a worse than expected macroeconomic shock.” A particularly sharp increase in uncertainty or fall in confidence could lead to greater macroeconomic disruption. The multinational sector, crucial for jobs, is also contributing significantly to the exchequer, paying over three quarters of corporate tax receipts in 2018. The corporate tax take has more than doubled since 2014.
This article was published on 20th August 2019.