EU deal clears to the way for Pillar 2
Back
The EU’s ‘rollercoaster’ ride to find agreement on BEPS Pillar 2 concluded in mid-December with the pathway now clear to transpose the rules across the bloc by the end of 2023 writes Lorna Fox. She retraces the legislative journey, outlines the current timeline for implementation and says that advanced planning by in-scope companies needs to begin now.


On 12 December 2022, the EU Council announced progress on the implementation of Pillar 2 with Zbyněk Stanjura, (the Czech presidency of the EU Council) stating that; “I am very pleased to announce that we agreed to adopt the directive on the Pillar 2 proposal today. Our message is clear: The largest groups of corporations, multinational or domestic, will need to pay a corporate tax that cannot be lower than 15%, globally.”

At this point, Poland had still advised it could not provide its support to the Committee of the Permanent Representatives of the Governments of the Member States to the European Union (Coreper). However on 15th December 2022, Poland withdrew its objection, and an agreement was finally reached to implement the minimum CT rate.

Since the 8th of October 2021, when the OECD/G20 Inclusive Framework on Base Erosion and Profit Shifting (BEPS) initially proposed their implementation plan around Pillar 1 and Pillar 2, the EU member states have been through a rollercoaster journey in reaching this unanimous agreement. 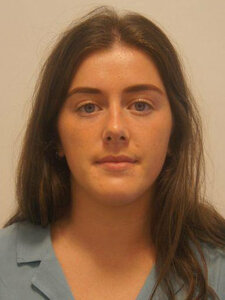 Lorna Fox
Pillar 2 contains rules aimed at reducing the opportunities for base erosion and profit shifting, to ensure that the largest multinational groups of companies pay a minimum rate of corporate tax the minimum rate being a global 15% tax rate on large multinational and domestic groups or companies with a combined annual revenue of at least €750 million. This agreement is now due to be transposed into EU member states’ national law by 31 December 2023 – meaning the EU is ahead of the curve in applying the G20/OECD global agreement on Pillar 2. Accordingly, once countries transpose the directive into their domestic law, the income inclusion rule (IIR) comes into effect in 2024, with the under taxed payment rule (UTPR) effective in 2025.

By way of background on the decision, the European Commission in December 2021, presented a proposal for the implementation of Pillar 2 into EU law. This was followed by a proposed Directive for same in March 2022 – at this point, the draft Directive had the support of all but one EU member state, Poland. Poland’s refusal caused a delay in the momentum given unanimity was required in order to pass the Directive into EU law. Poland’s hesitation arose from the fact that they wanted the rate to be legally tied to the introduction of a separately negotiated global levy for the world’s 100 biggest companies.

From an Irish tax perspective, the Department of Finance opened a public consultation back in May 2022 – the responses of which were recently published on 9th December 2022 and can be found here. It was unclear in the earlier part of this year, whether or not Ireland would be committed to implementing the 15% rate where unanimity could not be reached at the level of the EU. However during the Budget 2022 discussions, Paschal Donohoe reaffirmed Ireland’s support in the implementation of Pillar 2.

As the EU see-sawed, progress happened in September 2022, when France, Germany, Italy, Netherlands and Spain issued a joint statement. This statement was aimed at confirming the commitment of their governments to implement a global minimum rate by 2023 whether or not the EU Member states could come to an agreement. As such, Poland confirming support on 15th December 2022 brings certainty across the EU that this is a done deal.

Pillar 2 involves introducing two interlocking domestic rules;
• an Income Inclusion Rule (IIR), which imposes top-up tax on a parent entity in respect of the low taxed income of a “constituent entity” (which is an entity of an in-scope multinational enterprise group); and
• an Undertaxed Payment Rule (UTPR), which denies deductions or requires an equivalent adjustment to the extent the low tax income of a constituent entity is not subject to tax under an IIR.

It also consists of a treaty-based rule (the Subject to Tax Rule (STTR)) that allows source jurisdictions to impose limited source taxation on certain related party payments subject to tax below a minimum rate. The STTR will be creditable as a covered tax under the GloBE rules (Global Anti-Base Erosion Rules). GloBE income is calculated by reference to the financial accounting income (using the accounting standard of the parent entity; IFRS or other acceptable GAAP).

Groups below the threshold should still be able to avail of the existing 12.5% rate of corporation tax on trading income in Ireland. However, for those in scope, the Pillar 2 rules are very much becoming a reality.

Advanced planning, starting now, is going to be important. At a minimum, businesses should be gathering information to understand where and how they are going to be impacted.
Lorna Fox is Assistant Manager, Corporate Tax – Financial Services at Deloitte.