Ireland and the ATAD Interest Limitation Rules: action on the way in Budget 2021
Back
The fifth, and final, action by Ireland in implementing the EU’s Anti Tax Avoidance Directive (ATAD) is due to be unveiled in the 2021 Irish Budget this autumn. Deloitte’s Marine Opperman assesses the scenario that will lead up to the Government’s expected announcements, issues of importance to many companies, and financial institutions operating at the margin of FS and other sectors, such as aircraft leasing.


It is well known by now that the EU Council adopted the EU Anti-Tax Avoidance Directive (Council Directive 2016/1164) ("ATAD") on 12 July 2016. Ireland has since concluded its work on, and adopted, four of the five ATAD measures. 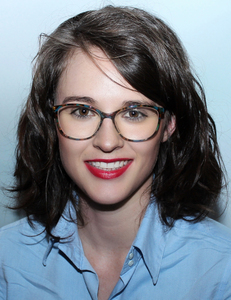 The remaining measure, the Interest Limitation Ratio (“ILR”), will limit a taxpayer’s tax deduction for “exceeding borrowing costs” in a tax period to a maximum of 30% of its “EBITDA.” The ILR will be transposed in Finance Bill 2021 with effect from 1 January 2022.

During December 2020, the Department of Finance issued a Feedback Statement that addressed comments on the ILR from the November 2018 consultations.

Next steps
The Feedback Statement proposes a two-stage approach to the development of the ILR. Firstly, rules will be developed and adopted on a single company basis. Once this first stage has been established, the second stage, which considers local notional groups and the crucial group ratio relieving options, will commence.

As part of this process the Department of Finance invited stakeholders to partake in a consultation and make submissions on both stages by 8th March 2021. (Submissions can still be made after this date; however, they run a risk of not being considered).

The Department of Finance is expected to respond to comments on the first and second stages by mid-2021 in a second Feedback Statement, ahead of the ILR’s introduction in Finance Bill 2021.

Vital implications of the proposed ILR
The Feedback Statement proposes that the ILR will overlay existing domestic interest deduction rules and that it will apply after the company has prepared its corporation tax computation. The effect of this is that any relevant profits from which “excess amounts” were deducted are treated as Case IV income subject to a tax charge. Further, no loss relief will be available to shelter such Case IV charge.

The Feedback Statement proposes the indefinite carry forward of net interest expenses which exceeds the 30% limit (effectively in the form of a tax credit to be used against a future Case IV charge arising due to such excess interest) in the current period as well as the carry forward, for a maximum period of five years, of unused interest capacity. The latter would disadvantage taxpayers that are not in the position to utilise their unused interest capacity within the five-year period because of their economic circumstances.

Imposing the ILR over existing domestic provisions may place an increased compliance burden on taxpayers.

Exemptions from ILR
The Feedback Statement sheds more light on the proposed exemptions from the ILR. The proposed exemptions include:
• a de minimis threshold in terms of which taxpayers may deduct “exceeding borrowing costs” up to €3 million.
• exempting standalone entities, in terms of which the term “associated enterprise” must be interpreted in accordance with ATAD Article 2(4).
• a grandfather exemption, however, excluding changes to grandfathered debt after 17 June 2016 that involve interest rate changes, increases in capital drawn downs and extensions of the term of the debt.
• exempting income and associated expenses of certain “long-term public infrastructure projects”.

The Financial Undertaking exemption is an important consideration and is still under evaluation. What does appear clear however is that the exemption will not be extended to section 110 companies or subsidiaries of banks or funds.

Both options under the “group ratio” exemptions (also known as the group escape provisions) are being considered for implementation at taxpayers’ discretion, which is certainly welcome. However, the Feedback Statement noted that these involve additional complexity in the administration of the ILR for taxpayers and a risk appears to still exist that only one of the rules may be implemented. The two options under the group escape exemptions are:
• Equity Ratio Rule: taxpayers with an equity to total asset ratio that do not exceed 2 percentage points below the equivalent ratio of the worldwide group’s consolidated accounts can claim a full deduction of “exceeding borrowing costs”;
• Group Ratio Rule: the 30% fixed ratio rule is increased to a percentage that is calculated by dividing exceeding borrowing costs relating to third-party loans by the consolidated group’s EBITDA.

It is to be noted that the concept of “interest” would take its meaning from tax law which is not necessarily the same as the accounting concept or meaning of “interest”.

Managing potential ILR risks
It is recognised that the proposed definitions to enact the ILR are still at an early stage and will likely evolve through the course of further consultation and the second Feedback Statement. Nonetheless, taking into account the above proposed definitions, and the other potential consequences of the ILR, taxpayers should analyse their existing financial arrangements to determine the possible impact of the new rules. Those that are considered to be highly leveraged may need to rethink, in particular, their intergroup financing arrangements; likewise, those entering into new financial arrangements this year may have to consider the different possible scenarios in which the ILR may be applicable to their financing arrangements.
The next Feedback Statement should be closely monitored by all taxpayers, as well as the subsequent enactment of the IRL.
Marine Opperman, is Assistant Manager, in Deloitte’s Financial Services Tax Team