The new CFC questions in form CT1: a feature of 2020’s peak CT filing season
Back
A new feature of the peak corporation tax reporting season this year, (‘peak’, because most companies have December 31st 2019 year ends) was a series of questions in the Revenue’s CT1 form requiring firms to declare whether their company is a connected company under the new CFC reporting legislation. Deloitte’s Anna Holohan provides more insights on the considerations companies must make.


The vast majority of corporate tax filers (those with 31 December year-ends) have recently met the 23 September filing deadline for their FY19 corporation tax returns. As part of this process many taxpayers noticed that questions had appeared on page 3 of the Form CT1 requiring consideration of a new piece of legislation.

Such questions under the heading “Controlled Foreign Company (CFC) begin with a query – “Is this company or a connected company liable to a CFC charge under the provisions of Part 35B?” This first question is then followed with a page and a half of follow on queries.

So where did such queries come from?
As part of Ireland’s requirement to implement the Anti-Tax Avoidance Directive, Finance Act 2018 introduced a CFC regime into Irish tax legislation. This regime is now contained in Part 35B Taxes Consolidation Act 1997 (“TCA 1997”) and applies to any accounting period of a controlling company commencing on or after 1 January 2019.

What are CFC rules designed to achieve?
Broadly CFC rules are an anti-abuse measure, designed to prevent the diversion of profits to offshore entities in low or no tax jurisdictions. Where CFC rules apply, they have the effect of attributing undistributed income of the CFC, to the controlling company, or a connected company in Ireland for taxation where the controlling company, or a connected company, carry out relevant Irish activities. Broadly, the undistributed income must arise from non-genuine arrangements put in place for the essential purpose of avoiding tax. 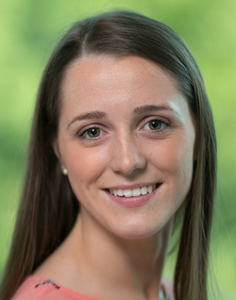 Anna Holohan
What are some of the key definitions?
A “chargeable company” is defined in Section 835I(1) TCA 1997 as: “…a controlling company, or a company connected with the controlling company, which performs, either itself or through a branch or agency, relevant Irish activities on behalf of a controlled foreign company group”.

Therefore, it can be seen that two important elements to consider are the definitions of control and of relevant Irish activities.

i. Control
Broadly, a company is considered to have control of a foreign subsidiary where it has direct or indirect ownership of, or entitlement to, more than 50% of the CFC’s issued share capital, voting power, or income / assets available for distribution. The concept of control also includes the ability to exercise control over the composition of the board of directors.

ii. Relevant Irish Activities
Broadly, relevant Irish activities means a significant people function (“SPF”) or key entrepreneurial risk taking function (“KERT”) performed in Ireland. Such functions must either relate to the CFC’s legal and beneficial ownership of the assets, or the assumption and management of the risks included in the relevant assets and risks of the company or companies in the CFC group.

SPF and KERT functions should be identified in line with the OECD’s 2010 Report on the Attribution of Profits to Permanent Establishments. This report outlines how such functions are to be identified in the context of business activities, typically as functions that contribute to value creation and that require active decision making.

What are the exemptions?
There are a variety of exemptions included in the CFC legislation which are summarised at a high level below. However, the legislation governing such exemptions, including a number of defined terms, should be considered in detail.

A CFC charge should not arise where:
i. The arrangements in place with a CFC are subject to Irish transfer pricing rules, or are entered into on an arm’s length basis (The Transfer Pricing Exemption).
ii. The essential purpose of the arrangement was not to secure a tax advantage (The Essential Purpose Exemption).
iii. The accounting profits of the CFC are less than 10% of its relevant operating costs, subject to anti-avoidance provisions (The Low Profit Margin Exemption).
iv. Accounting profits of the CFC are less than €75,000 (or less than €750,000 where non-trading income amounts to less than €75,000) (The Low Accounting Profit Exemption).
v. The foreign tax paid by the CFC is greater than or equal to half the tax which the CFC would have paid on those profits in Ireland (The Effective Tax Rate Exemption).
vi. The CFC did not have any non-genuine arrangements in place (The Genuine Arrangements Exemption).

Relief for double taxation:
In order to ensure income is not subject to double taxation, broadly the legislation provides that a credit will be available for any tax paid on the underlying CFC income (whether arising in its jurisdiction or any other jurisdiction, including the State).

What Next?
It is important for companies to consider their existing arrangements and if they are likely to be regarded as a “chargeable” company as defined. If a company is likely to be a “chargeable” company, it then needs to consider whether any of the number of exemptions available to companies under the CFC rules may apply.
Anna Holohan is a senior manager in Corporate Tax, Deloitte Ireland LLP.