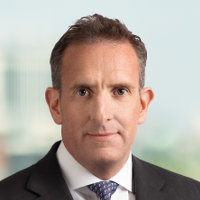 The newly elected president for a 2 year term, of ISTAT, Gerry Butler is CMO of Merx Aviation Finance Assets Ireland Ltd. Founded in 1983, the International Society of Transport Aircraft Trading (ISTAT) currently represents over 5,000 members worldwide who are involved in operating, manufacturing, maintaining, selling, purchasing, financing, leasing, appraising, insuring and other activities related to commercial aviation. Mr. Butler joined Merx in 2015 to head the Dublin office and operations and serves as global head of marketing.

Previously, he was a Director at Apollo Aviation, where he served on the Board of Directors. During his tenure at Apollo, he expanded the Dublin office with oversight of the origination, marketing, pricing and risk functions. In his time with Apollo, Mr. Butler originated $2 billion of aircraft asset transactions, including more than 85 aircraft. Prior to his role at Apollo, he served in various roles with RBS Structured Asset Finance and RBS Aviation Capital in Dublin, London, and New York. Mr. Butler is a graduate of University College Dublin and has completed the Executive Management Program at Harvard Business School.