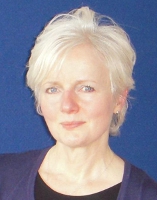 Vicky Hartley has worked in commercial aircraft financing for more than 25 years, covering all angles of finance: lending, borrowing, export credit support, aircraft operating leasing and arranging third party financing for the aircraft deliveries of the aircraft manufacturer she now works for.

Based in London, Vicky is a Senior Director of Boeing's wholly-owned finance arm, Boeing Capital Corporation located in Seattle, USA. Her primary role is to support the Boeing Commercial Airplane business unit by arranging, structuring and/or providing financing to assist in the sale and delivery of Boeing products and services in Europe. Prior to joining BCC in 2013, Vicky ran her own London-based consultancy for five years completing contracts for (i) the fleet leasing and acquisition team of the UK's largest tour operator, (ii) UK Export Finance, assisting them in the support of Airbus exports, as well as (iii) two City-based aircraft finance banks, managing their aviation portfolios. Prior to that, Vicky was Executive Director in the City-based origination teams of two major German aviation banks, building up the loan and lease portfolios to EUR 2BN and EUR 3BN respectively, with Boeing, Airbus, Embraer and Bombardier aircraft, acquired by airlines across the globe.

A well- known and respected figure in global aviation finance, Vicky is also Treasurer of the Aviation Club of the UK. Vicky has an honours degree in Modern Languages from the University of Bristol, which was her conduit into the world of German aviation banking, and also has banking and finance qualifications from her twenty plus years working in the City of London. In her spare time she enjoys trekking and yoga, and the arts and culture which London has to offer.