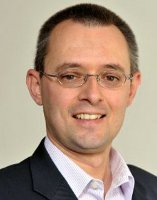 Richard Walker is Head of Investor Marketing for Airbus, based in Toulouse, a post he has held since March 2013. He is also currently a Board member of the International Society of Transport Aircraft Trading (ISTAT). Since joining Airbus in 1997 he has held several positions within the Asset Management and Marketing divisions at Airbus headquarters in Toulouse and China, including Head of Customer Marketing for Airbus China.

Prior to joining Airbus Richard worked for Airclaims (now Flight Ascend) as an Analyst, appraising and valuing aircraft. During this time he became an ISTAT Certified Appraiser.