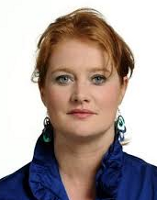 Regina O'Connor joined XL Group in Dublin in October 2013 from Brussels where she held senior positions in the European Parliament as political and legal advisor. Over the course of eleven years in Brussels, she also held positions with the Irish Permanent Representation to the EU (Council) and in the European Commission. Regina was Special Advisor to Pat Cox during the Ireland for Europe, Lisbon II campaign. Before graduating from a Masters in European Politics and Public Administration in the College of Europe, Bruges, Regina trained and practiced law at A&L Goodbody which followed periods in the legal fields of commercial, criminal and human rights law in Sydney, San Francisco and Atlanta, Georgia. She is a graduate of UCC and UCD law departments. Regina is author of The Reasons Why, Ireland at the Heart of Europe, 2009.