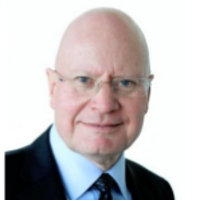 Kevin joined Barclays in Dublin in May 2017 as Chief Executive Officer, Barclays Europe. Kevin previously served as Chairman of Corporate Banking and Vice Chairman, Investment Banking for Barclays based in London. Kevin joined Barclays as a graduate and has held client and product leadership roles in corporate and investment banking as well as in strategic planning and human resources. He has worked in the U.S., Australia, Asia and the U.K. Barclays Europe consists of the Barclays group European branches and businesses, with Dublin housing the European head office functions. Kevin graduated with a BSc (Hons) in Accounting and Financial Analysis from Warwick University. He is a shareholder non-executive director of the Business Growth Fund in the U.K.