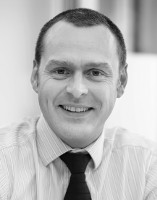 Cedric Edmonds is an Associate of the Chartered Insurance Institute (ACII) and holds a BA (Hons) in accounting and finance. His professional background is in reinsurance where he began his career in Lloyd's of London later moving to Zurich, Switzerland. For the last 10 years he has been working at Solidum Partners AG, a Zurich-based fund manager managing Insurance Linked Securities. Whilst at Solidum he has been instrumental in the securitisation of reinsurance policies, setting up Solidum Re (Guernsey) ICC Limited in 2009, creating the first cell and doing the first transaction in early 2010. This first transaction was the first pioneer transaction in a private structure that has now been generically coined 'Cat Bond Lite'. Later transactions have also involved multiple external investors in the ILS space. Until earlier this year all the securities issued by the Solidum platform have been issued and settled over Euroclear. With a change in the collateral structure access to Euroclear became challenging therefore Mr. Edmonds developed a replacement of a standard settlements system using a private blockchain, coined the ILSBlockchain. The first $14.8m issue, settled delivery-vs-payment on the ILSBlockchain, was purchased by 6 investors in early August. Other investors are joining the chain for future issues and secondary trading and the GFSC is currently reviewing the system with a view to allow for listing of these securities on the TISE.