Regulation
Back
With PCF regulations (regarding Pre Approved Functions, notably in the asset management sphere) just issued by the Central Bank in the last month, and SEAR legislation in the works, what priorities are and should the industry be making to address the future requirements of the industry?

Ross McCann
The SEAR regime along with reforms to the current fitness, probity and enforcement process, represent significant steps in enhancing the Central Bank’s ability to hold individuals to account. Industry participants’ recent priorities will have been to assess and review these changes in terms of gap analysis and implications to their business models, moving through to developing action plans for their senior management substance and hiring, governance, and HR processes. Once the required actions have been identified, the immediate focus will turn to implementation.

The Central Bank already expects evidence of a thorough fitness and probity due diligence process and board participation in approving ‘regulated’ persons before submitting to the regulator for approval. Experience and expertise for roles are now being more closely scrutinized and challenged by the Central Bank as it becomes more evident where this has not been done adequately in advance of individual questionnaire (IQ) submission. It is certainly not in the industry’s interests to see individuals fined and sanctioned to the point where the risks involved deter suitable candidates from taking such roles. Therefore, industry focus needs to be on providing support to individuals, focusing on role clarity, training, and professional development.

Firms must ensure individuals are allocated adequate time, resources, and training to fulfil these roles to well-defined standards and have the structures in place for reporting both to the individuals and from the individuals through to the board. The industry must also continue to work closely with the Central Bank as a collaborative approach to implementation should ultimately be the most effective way of improving governance standards generally. 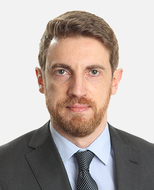 Conor Joyce
The Central Bank of Ireland (CBI) is driving best efforts to positively reform the culture and behaviour within regulated businesses. Under its supervision, we are now seeing a strong focus on the personal accountability of individuals working within these firms.

The changes to the PCF regime reflect this and provide insight into the Central Banks’ view of the changing structure of the Irish financial services industry. Most scope firms will by now be familiar with performing a fitness and probity assessment to provide confirmation to the Central Bank that the assessment (and any resulting actions) have been completed within the specified timeframe.

In designing the Senior Executive Accountability Regime (SEAR) the CBI has looked closely at individual accountability frameworks in other jurisdictions where similar regimes have been successfully introduced. This includes the United Kingdom, Australia, Hong Kong, Malaysia and Singapore.

The CBI has publicly stated that SEAR will closely follow the approach of the UK Senior Managers and Certification Regime. In the first instance, regulated firms should be looking to the most recent publications surrounding the evaluation of the regime.

In addition, they should be looking at the supporting conclusions and assessments of whether the UK regime has delivered against its original objectives. This can then be used as a roadmap to implement a project plan and ensure the firm and its senior executives are prepared for the introduction of SEAR.

Meliosa O Caoimh
Meliosa O’Caoimh, Country Head – Ireland, Northern Trust: Ireland continues to be a well-regulated domicile, based in the EU and playing a leading role in the evolution of its framework for investment funds. As one of its leading service providers, we at Northern Trust also recognise the importance of a robust regulatory framework, and equally, will continue to use our influence via industry bodies to make the case for sensible regulation and effective, pragmatic implementation.

As we look forward beyond the short term, we see the pace of change becoming ever quicker. We can today invest in stocks via simple online portals and by touching a couple of buttons – and there is a clear potential for the wider world of collective investing following suit through the widespread digitalisation of the funds industry. That will require a refreshed approach to a whole range of investment management activities, including the regulatory environment in which they are carried out. 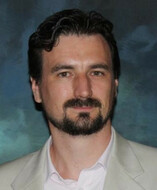 David Petiteville
SEAR does not come as a surprise since it has been in discussion since 2018. While it is not expected to see the text enforced before 12 to 18 months, the impacted firms will prepare before the final release of the text. The new requirements will affect the control environment, the governance structure and how the companies will demonstrate that they took reasonable steps. While conducting their impact assessment, companies must consider the CBI's expectations on Fitness and Probity compliance, as outlined in its Dear CEO letters of April 2019 and November 2020.

Attention to the understanding and the documenting of the governance structure will be essential, and it will involve looking at the roles and responsibilities of Senior Managers. An open look at outsources control environment and third-party risk management has to be considered. Companies will have to establish frameworks and governance to demonstrate that ‘reasonable steps’ are taken in a potential regulatory breach.

Concerning the PCF regulations, all Irish-regulated financial service providers (RFSPs) must obtain Central Bank approval before appointing a person to a PCF role. The Central Bank will hold the appointing RFSP responsible for any non-compliance with this obligation. Two notable changes are:
• The role of Head of Compliance with responsibility for Anti-Money Laundering and Counter-Terrorist Financing Legislation will be replaced by two dedicated functions, Head of Compliance and Head of Anti-Money Laundering, and Counter-Terrorist Financing.
• The role of Head of Investments will be discontinued, and it will default to Chief Investment Officer.

RFSPs that are required to submit a confirmation to the Central Bank will have six weeks to do so from when the revised Regulations come into effect. For non-executive directors, the default will be to re-designate all non-executive directors as non-independent. RFSPs will be required to notify the Central Bank to re-designate relevant individuals as independent.

Tadhg Young
: investors, Ireland’s legal and regulatory environment remains aligned with the global investment management industry. There needs to be continued open dialogue and continual engagement with policy makers, as the Exchequer benefits greatly from the direct and indirect financial contribution from Ireland’s funds industry.

Governance has been a key theme throughout the Central Bank’s supervisory and thematic work and this is reflected in their work on changes to PCFs, the proposed Individual Accountability Framework, the role of strong governance in both the oversight of outsourcing and operational resiliency proposals and their findings on the implementation of CP 86 as outlined in their industry letter in October 2020.

While a strong governance culture is critical to the continued success of the funds industry in Ireland it is important that those requirements remain proportionate and aligned with other jurisdictions.

Both outsourcing and operational resiliency have been areas of attention for international regulators over the last number of years so it is not unexpected that the Central Bank would focus their attention in these areas. The anticipated finalisation of the Central Bank Guidelines on Outsourcing Oversight and Operational Resilience in the coming months will mean industry will be potentially faced with the implementation of both frameworks in parallel.

Derbhil O’Riordan, Partner, Asset Management and Investment Funds, Dillon Eustace: SEAR, which is to be implemented as part of the General Scheme of the Central Bank (Individual Accountability Framework) Bill 2021 (the “Scheme”) will mandate regulated financial services providers (RFSP)’s to improve their internal processes by clarifying the roles of their senior executive functions (SEFs).

The list of SEFs is aligned to the list of pre-approval controlled functions (PCFs) under the CBI’s Fitness and Probity regime.

SFSPs in scope of the initial application of SEAR should prepare to require each RSFP to carry out the following in respect of each SEF:

A legal duty of care is imposed on individuals while performing SEFs within regulated entities. Such SEFs are required “to take reasonable steps to avoid their firm committing, or continuing to commit, a ‘prescribed contravention’ in relation to the areas of the business for which they are individually responsible.” The CBI will be able to take enforcement action and impose administrative sanctions on individuals who breach the duty of responsibility.

Breaches of the various conduct standards provided will be a “prescribed contravention” and will be enforceable against the RSFP/ the relevant CF/ PCF/persons in senior roles, as applicable.

The Scheme also serves to strengthen the existing obligations on firms in relation to the fitness and probity of their key personnel under the CBI’s Fitness and Probity Regime. An RSFP will be required to certify that it is satisfied that any individual performing a PCF/ CF role meets the requirements under this regime. Once implemented, the Scheme provides that the CBI can investigate individuals who the CBI suspects pose a danger to consumers or the financial system, irrespective of whether they continue to perform a CF role at the time when an investigation is being commenced.

Although implementation of the Scheme is not expected before Q3 2022, in-scope.