Investment Funds 2021: Liquidity squeezes: a risk for asset managers to eliminate, if possible
Back
An ongoing focus on potential liquidity mismatches may help avert the risk of liquidity squeezes for investment funds. PAUL STILLABOWER, Head of Product and Profitability, Core Services at RBC Investor & Treasury Services (RBC I&TS) notes in this RBC I&TS article, that there is a regulatory expectation that liquidity management is monitored on an ongoing basis. ‘Should a fund invoke a suspension of dealing, regulatory authorities and investors are likely to question why this scenario was not foreseen or adequately planned for.’


Over the last five years, there have been several high profile liquidity squeezes for investment funds. In 2015, Third Avenue, a US mutual fund trading high yield bonds stopped client redemptions in the biggest crisis to face the money market funds industry since the Reserve Primary Fund “broke the buck” in 2008. Less than a year later, a number of UK open-ended property funds were forced to gate GBP 18 billion in client cash following the Brexit vote.1 In 2019, the UK Equity Income Fund managed by Neil Woodford suspended client withdrawals when it too suffered a liquidity mismatch. 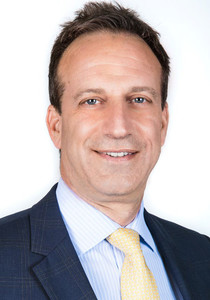 Paul Stillabower
Key insights
• With a relatively low number of funds experiencing suspensions, the industry has weathered recent liquidity challenges
• Open-ended fund liquidity remains an area of interest for regulators
• Firms should continue to consider the liquidity terms they offer and ensure that the terms correspond with the asset composition of their portfolios
• Regulators have adopted a number of provisions designed to strengthen liquidity risk management, and more may follow.

The volatility spurred by COVID-19 and resulting asset price fluctuations in March also created liquidity challenges for several fund managers. At the same time, margin calls on over-the-counter (OTC) and uncleared derivatives increased exponentially. According to data from the Bank of England, initial margin required by UK central counterparty clearing houses (CCPs) peaked at 31 percent above the average in March 2020.2

Together with the large volumes of investor redemption requests, a number of fund houses struggled to manage cash balances in the early days of the COVID-19 crisis. Fitch reported that at least 76 European mutual funds–with assets totalling USD 40 billion–suspended trading in March, as did one exchange-traded fund (ETF).