The Central Bank of Ireland (“CBI”) has completed its Thematic Review (CP86 Review) of the implications of its framework for governance, management and oversight in Fund Management Companies (FMCs). The framework was introduced in 2017 for new firms and in 2018 for existing firms. It included detailed requirements for organisational effectiveness, the performance of managerial functions, delegate oversight and resourcing. 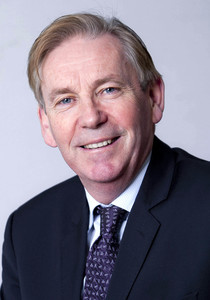 David Dillon
The position of self-managed companies (SMICs) was a little unclear during this period but the CP86 Review has provided more information and details as to the likely implications for SMICs. While the details on the potential minimum requirements for SMICs provides clues on the possible requirements generally, it is somewhat short on how these requirements might be met. At Bridge, we believe there are quite a number of different ways of meeting, in particular, the substance requirements. We have set out some examples - see below. Obviously, modifications and mixing of these scenarios is also possible.

Much of this has been prompted by the findings at the CBI that when applied correctly by firms, the rules and guidance provide a framework of robust governance and oversight arrangements. The CBI has taken the view that the framework has provided a strong basis for firms to identify and retain the level and nature of resources needed and to put in place the required governance, management, systems and controls but that a number of previously authorised FMCs have not fully implemented the framework.

The CBI identified a number of areas of weakness including resourcing, delegate oversight and performance of some designated individuals. This has prompted the CBI to introduce a number of requirements and it anticipates further requirements.

For example, in the area of resourcing, the CBI has indicated that all FMCs should have a minimum of three full time employees who should be suitably qualified and of appropriate seniority to fulfil the role. While other findings will move the needle further in expectations with consequent costs, the requirement for a minimum of three full time employees has crystalized what is likely to become a heavy and difficult burden for many SMICs and possibly even existing FMCs. There has been discussion around resourcing FMCs with an equivalent of three full time employees and the industry is exploring the options in this regard. The immediate requirement for all FMCs is to critically assess their day-to-day operational, resourcing and governance arrangements against all relevant rules and guidance by the first quarter of next year.

Possible solutions include:
- A proprietary management company (“Manco”) employing at least three individuals with the required expertise and experience to satisfy the CBI’s expectations. We understand the CBI will contemplate, possibly, unenthusiastically, that some of the resourcing could be by individuals who travel to Ireland while not technically resident there, but probably on a limited basis.
- Appoint a third party Manco which meets the CBI’s requirements. The third party Manco would be a delegate of the Fund responsible for the majority of the regulatory obligations applicable.
- A proprietary Manco fully supported by a third party service provider. This option could be somewhat problematic depending on the nature, size and specific resources and requirements prescribed by the CBI.
- Passporting a Manco from a third jurisdiction from within the EU in the case of a UCITS Fund and more than likely for an AIF.
- Potentially availing of a third party fund platform supported by that party’s Manco.

There are a number of variables to these solutions, depending on the specifics of any fund product.

The regulatory burden is reduced at the fund level where an independent Manco is appointed. For example, contracts with investment managers, distributors and administrators will be replaced by contracts with the appointed Manco. Other obligations such as the organisational effectiveness role and the requirement for a Business Plan or Programme of Activity ceases to exist at the fund level, as will the requirement for many of the policies and procedures.

David Dillon is a director in Bridge Consultancy.