Pensions: twenty years of talking - are we any nearer a solution?
Back
After three reports, various green papers and 20 years is Ireland any closer to ensuring adequate pension coverage for private workers?, asks John Lyons. He looks at the latest moves by the current Government and reviews the 20 years of reports, reviews, delays, setbacks for the project.
The Irish Times reported on January 8th that the Cabinet had approved a plan to assemble an expert group “to devise a plan that will result in automatic enrolment for working people who are not employed by the State and do not have existing private pension schemes”.

The report quoted a spokesman for the Tanaiste “that the scheme would be very complex and would take at least a year to design. He added that Ms Burton was of the view that it could only be introduced when the economy had recovered sufficiently and people’s incomes were stable enough to allow them invest in such long-term schemes”. 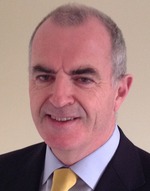 John Lyons
At a briefing meeting on February 3rd to announce the composition of the new Pensions Council the Tanaiste stated that the expert group would be called the Universal Retirement Savings Group but gave little further detail. However, a number of important points arise from the announcement of the expert group.

1. The Government is not proposing to make any further changes to the State schemes (contributory or non-contributory) or to public sector pensions as recommended in the OECD report it commissioned, or at least is treating these separately.
2. It is going for an auto-enrolment rather than mandatory option as recommended by the OECD, presumably on the grounds that it will be easier to sell to the public.
3. The scheme will be very complex which itself is worrying. Complex schemes are by their nature expensive to implement and unpopular with customers.
4. It will take at least a year to design i.e. until after the next election. This raises questions as to its chances of coming into being. The National Pensions Framework was announced in March 2010 and included a proposal to introduce an auto-enrolment plan, but when the new Government came in Ms Burton asked the OECD to review the proposed changes taking into account the economic downturn. That took another two years and nearly a further two years has gone by since the OECD reported in April 2013.
5. Even if the current Government stays in power after the next election there is no commitment to introduce the scheme until the economy has sufficiently recovered and people’s incomes are stable enough, meaning no doubt that it will be introduced only when politically expedient.
While points 1 and 2 above can be welcomed on the basis that they allow at least part of the Irish pensions problem to be addressed, points 3 to 5 are less encouraging. It would be great if the political parties could agree to address this issue on a non-partisan basis prior to the election but this seems a hopeless wish.

The current phase of pensions review has been going on for twenty years now. It can be dated to 1995 when the Pensions Board and the Department of Social Welfare under then Minister Proinsias de Rossa commissioned a survey from the ESRI on occupational and personal pension coverage in Ireland. This found that only 46% of those at work had such coverage, 52% of employed people and only 27% of the self employed. Furthermore coverage was found to be static or slightly declining.

In light of these disappointing results the National Pensions Policy Initiative (NPPI) was launched In October 1996 and, after a wide consultation, a 250 page report was presented by the Pensions Board to the new Minister, Dermot Aherne, on May 7th 1998. It set a benchmark pension of 50% of gross pre-retirement income for everyone. For the 30% lowest paid people this would be achieved by the basic contributory State pension for which a target of 34% of gross average industrial earnings was set (in 1998 it was 28.5% of GAIE). The aim for the higher paid 70% of the workforce was to supplement the basic State pension with private pensions in order to achieve the 50% of pre-retirement income benchmark. A target was set therefore to achieve supplementary pension coverage of 70% of all workers over age 30. To achieve this target a number of proposals were made including the introduction of PRSAs, improved access and preservation rights and a pension awareness campaign. The report did however caution that the effectiveness of the measures should be reviewed five years after implementation and compulsory measures considered if the targets were not being achieved.

The NPPI also addressed the issue of our ageing population and the sustainability of the overall system. It noted Ireland’s favourable demographics compared to other OECD countries and that we had the opportunity to prepare for a high level of elderly dependency during a period of low dependency. It recommended the building up of a fund of €38.1 billion by 2031 which would be run down over the next 15 years.

Many of the NPPI proposals were implemented, including PRSAs (introduced 2002) and the setting up of a National Pensions Reserve Fund (introduced 2001). The basic contributory pension was also improved and was worth 30.5% of GAIE by 2005. However in February of that year the Minister for Social and Family Affairs (now Seamus Brennan), having decided that progress on both pension coverage and adequacy was insufficient, requested the Pensions Board to bring forward a review of the system. After more public consultation and with consultancy support the National Pensions Review (NPR) was published in October 2005. The objective set by the NPR was the same as the NPPI - to achieve an average pension attainment of 50% of gross average earnings with 34% provided by the State scheme and private schemes covering 70% of the working population. That Review recommended a number of changes to supports and incentives but some members of the Board believed that there was a need for a mandatory supplementary scheme.

In February 2006 the Minister requested the Board to propose general principles for a mandatory scheme which it duly did, also commissioning reports from the ESRI and other experts on the impact of various models, including an auto-enrolment model as well as fully mandatory variations. That report recommended an increase in the social welfare pension to 40% of GAIE plus a mandatory supplementary system with contributions introduced over a ten year period. However, the report noted differing views among the members with the representative of the Minister for Finance ominously stating that the proposals were “not workable”.

In 2007 the next Minister, Martin Cullen had another go when he launched a Green Paper to elicit views on a whole range of pensions issues. This was a commitment of the Social Partnership agreement “Towards 2016” and this time the Department of Social and Family Affairs took on the work itself. It was a long process at a difficult time but eventually the National Pensions Framework (NPF) was unveiled in March 2010 under yet another Minister, Mary Hanafin. The70% coverage target for the 30 to 65 age group was retained but the Report found that there had been only slow progress in reaching it. By quarter 1 2008 coverage in this group was 61% compared with 59% six years earlier. The impact of the trend to Defined Contribution schemes leading to lower benefit levels also meant pension adequacy was not improving. Furthermore the rising annual cost of the State and public sector pensions was recognised in the Report where it was projected to increase from 5.5% of GDP in 2008 to 15% in 2020 or by €8 billion in 2009 terms. The NPF announced a whole new range of measures, including increases to the pension age for State Pensions, the introduction of a total rather than average contribution eligibility requirement, a new scheme for all new entrants into the public service, and an auto-enrolment supplementary scheme for private sector workers. The latter would have employee contributions of 4% within a band of earnings topped up by employer contributions of 2% and a state contribution of 2% in lieu of tax relief. This seemed on the low side but affordability was a key issue in the NPF and there was an understandable reluctance to impose extra burdens on employers and employees at the time.

The National Pensions Framework was well researched and documented and much of it has been implemented. However virtually all pension reform since 2010 has been directed to cost cutting - the increase in State pension age, the new State scheme contribution requirements, the freezing of State pensions and cuts in the Home Benefits Package, the introduction of pension related contributions in the public sector and cuts in public service pensions in payment, the new public sector pension scheme for new entrants, the private sector pensions levy, big cuts in tax relief on contributions, on tax free lump sum entitlements and on limits to the size of pension pots. While at least some of these may be sensible things in themselves, no progress has been made on improving pension coverage and adequacy, while concerns remain over the sustainability of our system - not helped by the diversion by the Government of the National Pensions Reserve Fund to other uses (the remains of the NPRF are now known as the Ireland Strategic Reserve Fund). Indeed as late as last December the Minister had to repudiate a report that cuts in the basic State pension were being considered.

The passing of the ball to the OECD by the new Government in 2011 on the grounds that the matter needed to be reconsidered in the light of the economic downturn has led to another meticulously researched report and four years of further delay. However the problems of coverage, adequacy and sustainability have only got worse. The 30 to 65 age coverage has fallen back again to 58%, less than it was in 2002 and 12 percentage points below the NPPI target of 1998. Prospective average benefits have also fallen with the huge shift to DC. The OECD report cites CSO data that in 2012 public transfers (i.e. State pensions and other benefits) made up 63.4% of the household disposable income of Irish people aged 65 and over and that this was up from 56.8% in 2004. Despite all the above cuts the OECD report quotes estimates that the accumulated deficit in the Social Insurance Fund (which includes the State contributory pension) will increase to €324 billion by 2066 or 207% of GDP with roughly half again in a public sector pension accumulated deficit. Back in 2007 there was no deficit in either State or public sector pensions and we had a Pensions Reserve Fund of over €20 billion, now gone.

The behaviour of the Government is understandable if regrettable. There are no street protests about the lack of action on pensions but there could be riots if the Government announces further charges on income. For this reason the auto-enrolment option seems to make sense - it is less likely to be seen as another tax and a slow build up of the contribution rate might make it more palatable. It is to be hoped that when people start getting reports of how their pension investments are doing they will move from reluctant contributors to enthusiastic participants, as was the experience in Australia.

In any event the next Government will hopefully make some decisions. Generations of people have retired since this debate began in 1995. The Pensions Board has itself been retired (replaced by a Pensions Authority and a Pensions Council). After twenty years of talk and thousands of pages of reports we need to decide on the way forward.
John Lyons is Finance Dublin’s insurance correspondent and an independent non-executive director.
This article appeared in the February 2015 edition.