Flat Tax model will be the latter-day equivalent of 12.5p.c. corporation tax rate
Back
A simplified tax system will have a transformative effect and will make Ireland the most attractive place in the English-speaking world to invest and to grow a business, writes the leader of Renua Ireland, Lucinda Creighton.
RENUA Ireland wants to build a country where innovation and enterprise is encouraged and rewarded. Our ambition for Ireland is to create a country where work is rewarded and job creators and innovators are valued, primarily through a low tax economy.

In particular we wish to introduce a simplified tax system, replacing 17 different rates of tax with a flat rate of income tax set at 23%. This will have a transformative effect on the lives of millions of Irish people. Our Flat Tax policy, together with our proposals on enterprise and entrepreneurship, will make Ireland the most attractive place in the English-speaking world to invest and to grow a business. 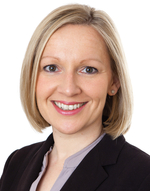 Lucinda Creighton
We will genuinely grow our indigenous economy creating jobs and opportunity for our young people. Ireland can become the Hong Kong of Euroeconomy and can secure our future economic development at a time of great uncertainty and volatility world wide.

In the case of Financial Services our Flat Tax model will place Ireland at the head of the English speaking curve when it comes to attracting new business.

It will be the latter-day equivalent of the successful policy of maintaining a Corporation Tax rate to 12.5%. We will make Ireland a thriving environment for those who want to create jobs and drive growth.

RENUA Ireland is committed to changing the approach to investment in Ireland. Instead of giving tax breaks to certain niche sectors, we believe that businesses in the economy should compete to attract investment from private investors.

We will also introduce a mechanism to enable productive businesses founded elsewhere to move to Ireland and avail of the applicable rate relative to their foundation date where their business operations are moved to Ireland.

Unlike other parties RENUA Ireland supports the retention of a Corporation Tax rate of 12.5%.

We also recognise the importance of our relationships with our trading partners and other EU member states. RENUA Ireland is committed to ensuring that the overarching goals of the OECD’s Base Erosion and Profit Shifting (BEPS) project can be facilitated, while also ensuring that Ireland remains a compelling investment location. BEPS presents a real challenge to a small economy such as ours, and our Flat Tax policy will insulate Ireland from any future loss of investment to larger EU member states - in particular the UK and France.

It is in the interests of all member states that large multinationals pay tax on profits generated by accessing EU markets. RENUA Ireland also believes though that we cannot stand still when it comes to attracting new business in the financial services sector.

We for example acknowledge the potential for a Knowledge Development Box tool if it rewards and incentivises research and development in Ireland.
As this is a new scheme, it is premature to form a view on its success at this point. RENUA Ireland believes that it should be subjected to a review after its first three years.

This will, however be accompanied by tough new proposals on banking regulation. White collar crime damages banks as much as the victims of white collar crime. We will regulate banks with a sense of purpose which frees up competition and innovation rather than a sense of vengeance.

In summary we believe in effective and transparent regulation of financial services and are deeply committed to securing the long term future of the thriving financial services sector in Ireland by spearheading brave and innovative tax reforms.
This article appeared in the February 2016 edition.