'Brexit would cause major financial strains/market volatility (i.e. crashes), not only in Europe, but worldwide, and could lead to another major recession. It could also, long-term, lead to the demise of the EU,' said one. 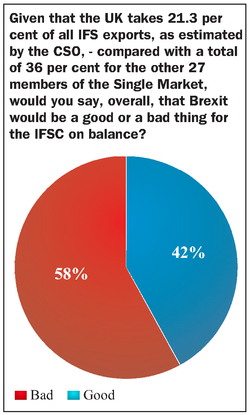 'In my view the main risk to Ireland and the EU arising from a Brexit vote is the risk to the EU project itself. One could say the Euro single currency project was doomed when the UK opted out. The same could happen the EU. In other words, the UK will survive a Brexit vote, the EU may not,' said another.

Another respondent, coming from a Fintech perspective with ambitions to target the UK market, did not believe that Brexit 'will materially impact these businesses.' However, that same respondent had 'serious concerns regarding the disruptive impact of a break from the EU and the knock on effect that could have across the union, potentially leading to a break-up.'

The survey was undertaken over the past two weeks with 1,500 representatives of Ireland's international financial services community surveyed for their views on how a British exit from the EU would affect their business and Ireland's standing in IFS. Respondents included executives working in banking/treasury/finance (26%); asset management (10%); insurance (16%); professional services (37%) and other sectors (11%).

Given the UK's position as by far the most important market for IFS exports - accounting for 21.3 per cent of all Irish IFS exports, compared to 36 per cent to the other 27 members of the Single Market - it might be expected that Ireland's IFS community would be apprehensive about the possible departure of the UK from the Single Market.

Our survey shows that this is, indeed, the case - although by a less convincing margin than might have been anticipated. Six out of ten respondents (58%) believe that Brexit would be a 'bad thing' on balance for Ireland's financial services companies, with four in 10 (42%) suggesting it could be a net positive.

Interestingly, the same group of respondents believes that a British exit from the single market would provide a windfall gain for Ireland, with three quarters (74%) believing it would lead to an upsurge in foreign direct investment from UK-located financial services businesses in their sector seeking access to the single market.

At the same time, a similar proportion (74%) think that countries other than Ireland in the SM, such as Luxembourg, would also experience an upsurge in new FDI from UK-based financial services businesses in their sector seeking access to the single market.

Over half of respondents believe that if the UK were to withdraw from the SM the value of Ireland's access to this market would be either 'enhanced' (47%) or 'greatly enhanced' (11%). On the other hand, around a third of respondents believe that the position for Ireland in such circumstances would be either 'diminished' (21%) or 'greatly diminished' (11%). 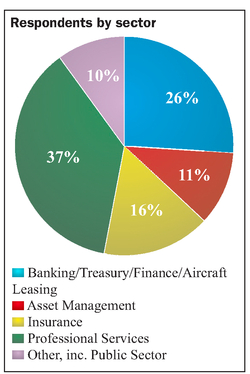 For their own businesses, over half said loss of SM access to the UK market would either make ‘somewhat’ of difference (31%) or 'a lot' of difference (26%). About a third of respondents (32%) thought it would make 'little difference either way'.

Respondents gave mixed responses on the issue of whether there might be compensating factors for any loss of business in the UK market, for example by picking up market share in the SM relinquished by UK competitors. Only a tenth of respondents (11%) said a 'yes definitely' to this possibility, while two out of 10 (21%) said 'not at all'.

A number of other respondents to the survey said it seemed logical that a British exit would influence a company's decision to set up residence in Ireland rather than the UK, and that this would result in an increase in inward FDI over time.

It should be noted that some of the commentary to date on this issue in Ireland has been based on an assumption, which could well be mistaken, that Britain's withdrawal from the SM as a result of Brexit would have little if any negative consequence for the IFS industry in Ireland.

Underlying this assumption is the hope that Ireland alone - and no other member of a diminished 27 state Single Market - would benefit from businesses relocating from Britain in order to access the SM. But it could be argued that EU member states with closer FS market links, experience and trade connections within the EU 28 markets - most notably Luxembourg - could stand to gain disproportionately were there be to be any move out of London by international banks and finance companies in response to a British exit. The underlying assumption also ignores the potential damage to IFSC business that is likely to result from the ending of Single Market access from Ireland to London and the rest of the UK.

In-depth analysis of the latest 2014-2015 Balance of Payments data from the Central Statistics Office, published in the Finance Dublin Yearbook 2016, underscores the empirical reality that access to the UK market as part and parcel of the EU single market has been a key attraction of the IFSC historically - and is something that would be put in jeopardy by a UK withdrawal.

In 2010 Ireland exported €4.2 billion worth of financial services to the UK, approximately double the corresponding imports from the UK. But by 2014 the trade balance was even more strongly in Ireland's favour, with exports reaching €5.4 billion and imports declining to €1.4 billion to leave a €4 billion surplus. 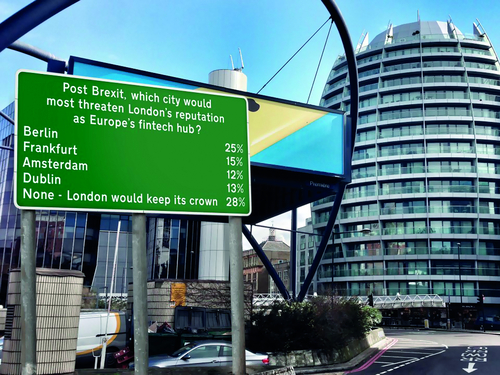 In 2014, 36.5 per cent of IFS exports went to the EU 28 other than the UK, which points to the well diversified nature of IFSC exports, with some two thirds going to countries other than a post-Brexit European union, with Asia and the United States combined, at 21.2 per cent, accounting for a similar proportion to that of the UK.

As the ‘IFSC in the Economy’ table shows, the total value of IFS exports in 2015 reached €30.9 billion, rising by an exceptional 14.6 per cent compared with 2014. So it is evident that the IFS sector fully contributed to the overall growth rate in the Irish economy in 2015, helping it become the fastest growing of all 34 countries in the OECD.

It is also worth bearing in mind that developments in taxation may also work against Ireland. The UK is in serious competition now for FDI on the back of the UK’s improving tax competitiveness and UK legislators increasingly identify the Republic as that country's No 1 competitor for FDI. Brexit would also offer the UK the freedom to diverge from EU legislation and case law and tailor legislation to suit its own interests, in the area of VAT for example.
This article appeared in the June 2016 edition.